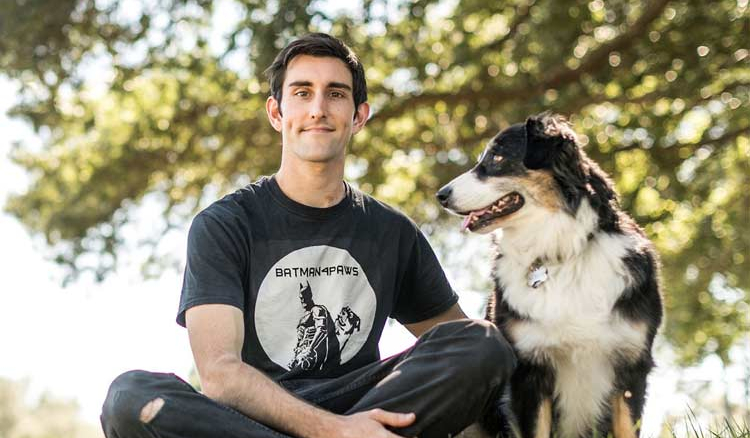 It is indeed said that not all heroes wear capes, but 27-year old Chris Van Dorn is a valuable hero,
dressed as the beloved Caped Crusader. Dorn’s super power is his non-profit organisation called
Batman4Paws, where he dresses up as Batman, saves dogs and cats from euthanasia and finds them
a permanent home.
“It kind of just came as a way to embody all the good I wanted to do in the world,” he said. A huge
Bruce Wayne fan, Chris was a regular volunteer for various animal rescue organisations around
Florida and eventually decided to combine his two passions. He has donned the suit as a
conversation starter with people for why adoption of shelter pets is important as well as helped to
transport dozens of animals from shelters to their forever homes. One year since Batman4Paws was
launched, Dorn has embarked on uncountable long cross-country trips to rescue and transport
animals to willing families. “When I first started, I was keeping everything really anonymous and
would sign my name as Bruce Wayne. I would say I am a middleman and the real heroes are the
ones who were giving these beautiful animals a good, loving home.” Dorn’s sidekick is a licensed
therapy dog, Mr.Boots, who also tags along to attend adoption events and fundraisers.
Dorn’s good deeds were presented to the public eye when he was featured as an honouree
GoFundMe Hero in May. Within the past few months, GoFundMe has helped to finance Dorn’s
rescue missions and has raised $32000 in his crowd funding page. Dorn now hopes that a
compassionate citizen would be willing to donate a bigger van to replace his current Batmobile- a
humble Honda Accord to transport more animals in distress. He also aims to use his pilot license to
push for animal air travels.

To know more and support Dorn and Mr.Boots’ missions you can visit the official website
batman4paws.org