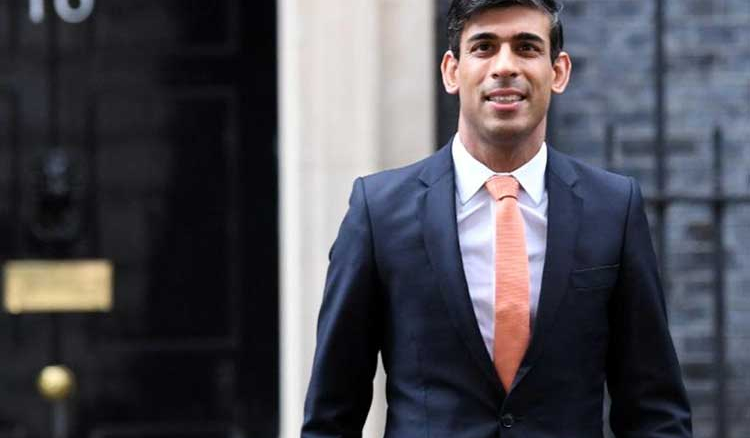 In a massive elevation, Indian-origin politician Rishi Sunak was appointed the UK's new finance minister on Thursday by Prime Minister Boris Johnson in an extensive Cabinet reshuffle amid reports of serious differences within Downing Street.

The 39-year-old son-in-law of Infosys co-founder Narayana Murthy will join Priti Patel on the top government bench after she held on to her post as Home Secretary. Outside the Treasury office soon after his promotion, Sunak told reporters he was "delighted to be appointed" Chancellor and had "a lot to get on with".

Pakistani-origin Sajid Javid resigned as Chancellor in a shock move in one of the biggest shake-ups since Johnson won a thumping majority in the December 2019 General Election. According to sources close to the former Chancellor, he refused to give in to Johnson's demand to get rid of all his special advisers at No. 11 Downing Street for the advisory teams of No. 10 and 11 Downing Street to work more closely aligned as one team. It followed reports of growing tensions within Javid's team and the Prime Minister's Chief Special Adviser Dominic Cummings.

Javid is being replaced by Sunak, who was until now Javid's junior as the Chief Secretary to the Treasury and seen as a rising star within the Cabinet. Sunak is set to move into No. 11 Downing Street, next door to the Prime Minister's office as he takes charge of the second most important government position as the finance minister. He will have to hit the ground running as the UK Budget is due to be tabled next month. The Prime Minister and Chancellor have traditionally seen a double act in British politics, working close together and also living as neighbours on Downing Street.

Sunak is seen as a rising star in the Conservative Party, with endorsements from people including former Conservative leader Lord Hague of Richmond, who has described him as an "exceptional individual". He was born in 1980 in Southampton in Hampshire and studied at the exclusive private school Winchester College. Sunak then went on to Oxford University to read Philosophy, Politics and Economics, a tried and trusted route for aspiring Westminster politicians, the BBC reported. He also studied for an MBA at Stanford University.

He co-founded a 1-billion pound global investment firm and specialized in investing in small British businesses before his entry into politics. He strongly believes that small businesses in the UK would flourish as a result of Brexit as the vast majority of British businesses (94 percent) don’t have anything to do with the EU; but they are still subject to all EU law.