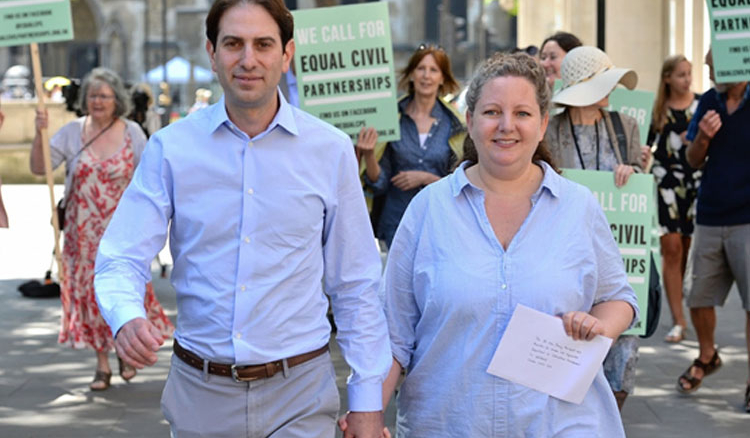 New year starts on a good note for Rebecca and Charles

As the clock struck 12 midnight, it was a new year for us all and new beginning for some of the couple far across the world. After a long struggle Rebecca Steinfeld and Charles Keiden were triumphant on Tuesday, December 31st. Rebecca and Charles have been fighting for over 5 years to form a civil partnership but they were being denied as the right was only limited to the same sex couples. Finally on Tuesday the couple were able to change the law and walk out of the Chelsea Town Hall as the first heterosexual civil partners. Following Rebecca and Charles, several others made history by formally entering into the newly recognised law of civil partnership. They won the legal battle at the supreme court back in 2018 and post that the rules were changed in order to make them available to the citizens of England and Wales. The Civil Partnership Bill has also been introduced in the Scottish Parliament and it's making its way through. 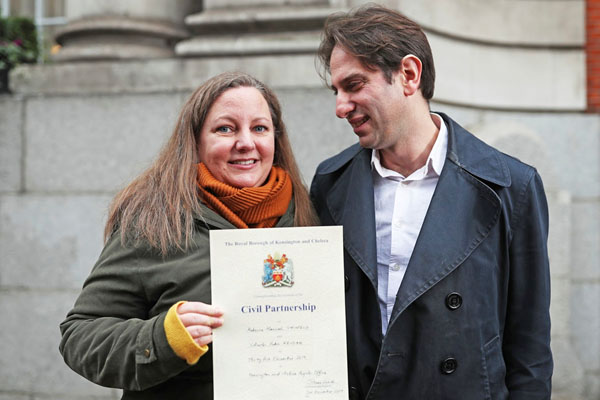 Rebecca revealed that their"personal wish" to form a civil partnership in a more modern way is with a focus on "equality and mutual respect". She further said that this has created "new, modern possibilities" for thousands of people to express their love and commitment and end the "unrivalled position of marriage." Rebecca and Charles celebrated the ceremony in presence of their two children, their parents and close friends. According to reports the government estimates as many as 84,000 mixed sex couples could become civil partners in 2020. After this historical move, couples like Cathy Brown-John Grisswell and Julie Thorpe-Keith Lomax are eagerly looking forward to go through the civil partnership ceremony.