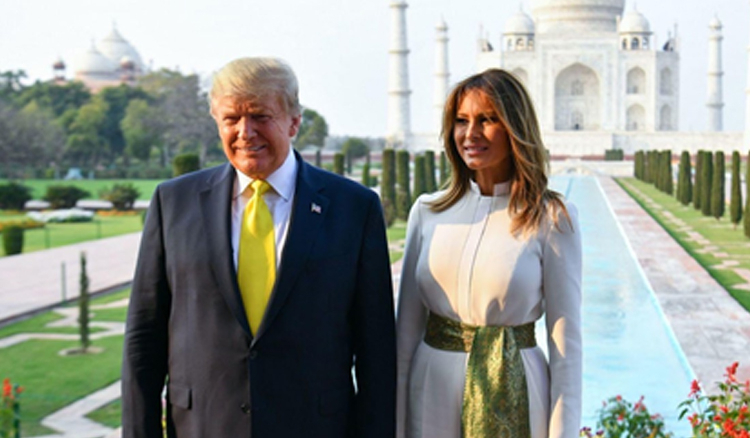 The US President Donald Trump along with first lady Melania Trump landed in India on Monday, February 24th, after visiting the Sabarmati Ashram and Motera stadium in Ahmedabad he is scheduled to visit the Taj Mahal in Agra and then head for his meeting in Delhi on Tuesday. The capital state of the nation is all set to throw a grand reception to Trump. The Rashtrapati Bhavan is all decked up and the chefs there, are busy preparing special dishes for Trump and his delegation. The chefs want to present an amalgamation of both the culture, they are aiming at serving Indian food laced with American spices. According to sources, an official, who is involved in the preparations said,
“Our idea is to showcase Indian food with American spices at the state banquet,” 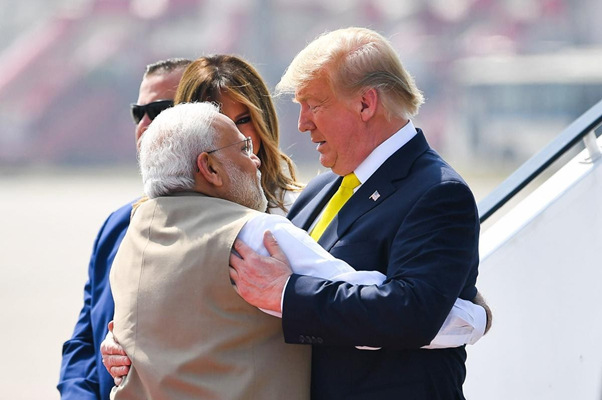 Hence, the menu includes wild Atlantic salmon which will be prepared as fish tikkas with Cajun spice sprinkled on it. Cajun spice is said to be the US version of garam masala. Trump is known to be fond of meatloaf, steak with ketchup, and McDonald’s burgers, but as beef will not be served they have found out a great alternative to that. Instead of beef, raan ali-shan will be served. Raan ali-shan involves goat legs marinated for at least 12 hours and then grilled. People can opt for a rich rogan josh gravy to go with the grilled meat. The Rashtrapati Bhavan chefs will also serve their signature dish ‘Dal Raisina’. Apart from these special dishes, the menu will have both vegetarian and non-vegetarian foods. These foods will not have heavy Indian spices and some will even contain popular American spices. In the starters, an amuse-bouche made from orange covered with peels of gold leaf with sprinkles of golden dust. After that aloo tikki with palak papdi, an Indian entrée will be served. The chefs thought of these two dishes in order to flaunt India’s vibrant street food. It will be followed by lemon coriander shorba, morels (used to prepare dum guchi matar), dum gosht biriyani for non-vegetarians and deg ki biriyani for vegetarians.

For dessert, there will be hazelnut apple pie, vanilla ice cream topped with salted caramel sauce and malpua with rabri to satisfy the US president’s sweet tooth. The President of India Ram Nath Kovind will receive President Trump himself outside the Durbar Hall. Both the Presidents will sit at the North Drawing Room for the talks. After that Trump and his family will meet the guests at the Ashoka Hall.

The grand dinner will have around a hundred guests including Trump’s delegation and they will be served on silverware. Trump is scheduled to leave for the US on Tuesday at 10 pm. The banquet will be hosted in historic Banquet Hall, and the dinner will be wrapped up in less than ninety minutes. There will be an arrangement of English and Hindi songs played by the Indian Navy to accompany the banquet and an Indian classical pianist will play after the dinner.